I don't know if this river always had a reputation for carnage but it does now. The first time we hit this up we had a crew of 9 kiwis and 1 american and there were 5 swims, 1 broken boat, and one broken paddle, we unloaded the boats at the put in with hail on the ground and it poured rain on us for the entire hour it took us to walk in. It was still a sick run so a couple of weeks later I was stoked to get the chance to paddle it again. This time it was sunny, there was no walk in because the road was dry enough to drive all the way down to the river, Devo managed to get the 4wd to the end of the road without flying off on any of the corners he was hitting at 40+mph so life was looking good. The run started reasonably well apart from Taylor getting briefly pinned on a log, everything kept running smoothly until we hit the cesspit like rapid which resulted in one broken boat, one dented boat, one damaged shoulder and two swims. Luckily for Devo we managed to catch up with the kiwi crew who'd left a car at the closer takeout so we left him there and continued on a ridiculously long paddle out to reach the bridge just before dark. Another good day paddling, another epic on the UMC. 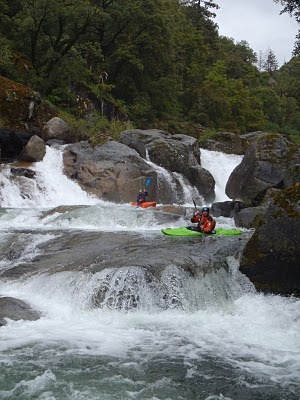 Skuxy and Barney below No Lookey Falls 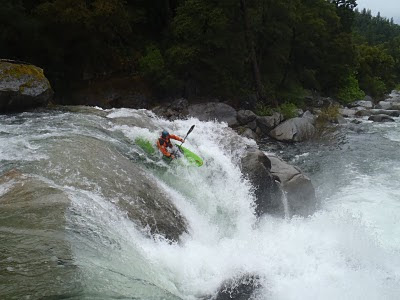 Barney on the rapid we called Californian Cesspit 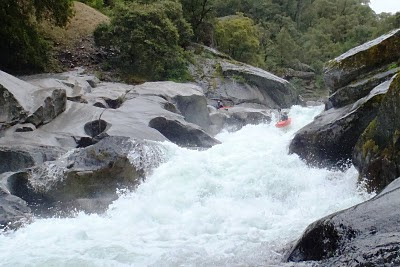 Me on my favourite rapid 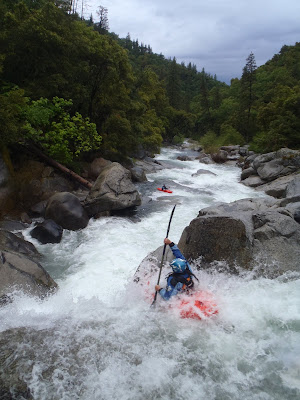 Me on 30ft No Looky Falls (as Skux calls it, the Americans call it brace for your face) 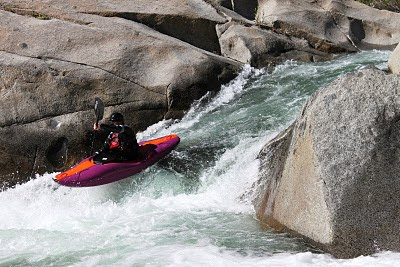 Mike and his awesome purple eskimo 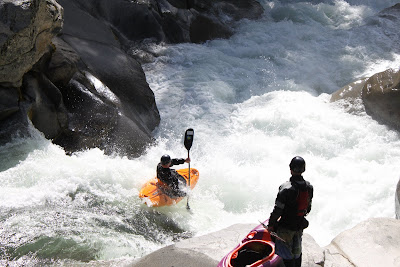 Josh with a turbo powered boof 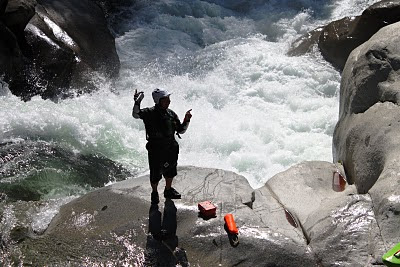 Ben doing a dance beside my favourite rapid 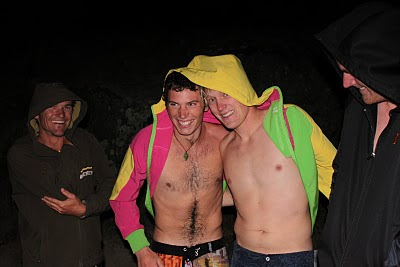