Last Saturday we had the first ever Okere Enduro race. The race was Ben Robson's invention and the concept was a 6 hour endurance race with a team format. Each team had 3 people 1 of which had to be a girl, this was a cool idea as it massively boosted involvement with 50 people competing, 15 teams and 5 solo competitors. 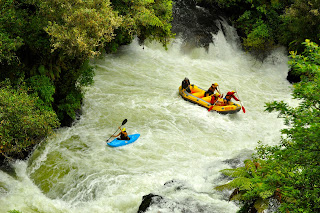 The race began with a mass start at the top of the river, this resulted in 5 swims in the first lap! When you reached the take out you had to carry your kayak to a trailer which shuttled the kayaks back to the start then run roughly 2.5 kms up a track to tag your team mate in. 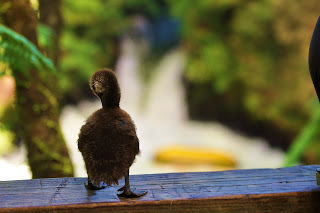 As a second thought Ben added in a solo division which ended up having 5 competitors, 4 men and 1 woman. Jamie Sutton smashed the men's class with an amazing 21 laps and Kylie Laxton-Blinkhorn put in a staunch 19 laps beating about half the teams division all by herself! 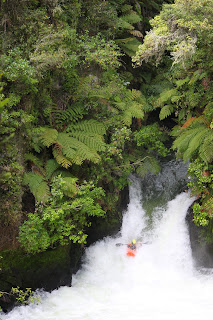 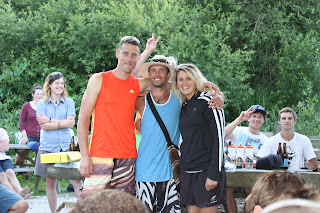 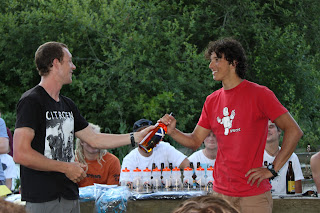 Jamie winner of the solo division 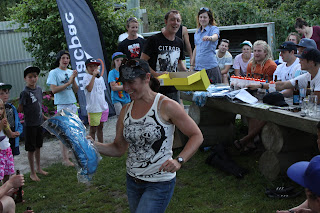 Kylie takes out the women's solo

Thanks heaps Ben Robson and Brendan Bayly for organising this awesome event. Big ups to all the volunteers for helping with the time keeping, shuttling, and safety! Cheers to the sponsors of the event Okere Falls Store, Paddle Power, Macpac, Sandiline, Southstar Adventures, The Wall, Cumec Magazine and Keith from Cascades for allowing us to use his land. Shot to everyone who competed. I hope this becomes an annual event!!!

Josh made a sick edit of the day, check it out!