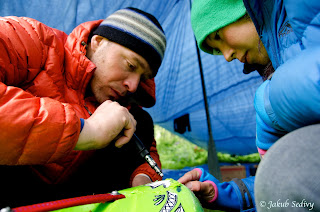 A spot of plastic welding to start off the day 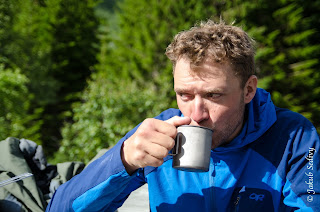 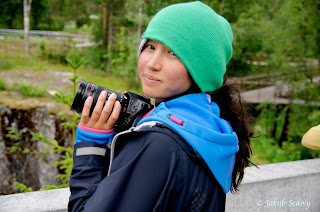 Me trying out one of Benji's super flash lenses on my camera, I like 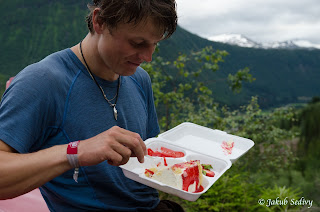 Then we got news that some crazy German friends who were riding bikes round Norway towing their kayaks on bike trailers were paddling the Storeelva that afternoon. Needless to say we beat them to the river. Putting on a 6km section which is supposed to take 5 - 7hours at 5pm sounded a little bit ambitious to me but in true Norwegian style thats exactly what we did. 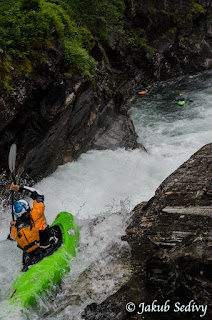 A couple of rapids in I went deep off a drop, hit the ground, and completely ruined Benji's weld job. Luckily I had a big roll of duct tape which slowed sinking rate enough to keep on paddling. Then at the half way point Olaf gave me some bichathane which did an even better job. 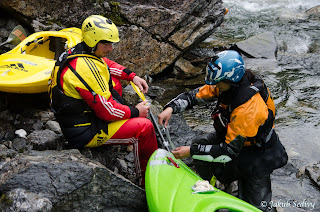 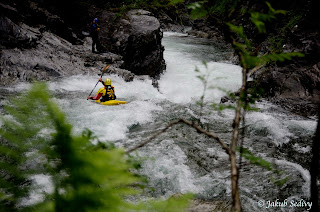 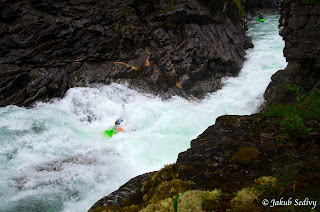 Green submarine, if you can't go over it, go under it... 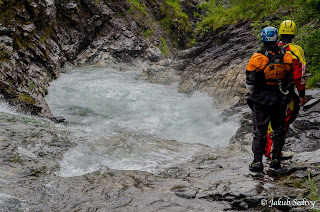 Just to keep the second half of the trip as exciting as the first I decided to explore a pocket eddy. This was at the bottom of a cool twisty waterfall boof which I managed okay but got pushed over by the boils at the bottom and held against a wall by the current. After multiple roll attempts on each side I decided to swim. Thanks to my awesome fiveten boots I managed to rock climb to a stable brace mostly out of the water. What ensued was some great target practice as the boys took turns throwing bags at me from the other side of the river. Olaf had the best aiming and got the first bag straight into my hands, I clipped my boat on to the first bag then my paddle into the next bag and finally clipped the last bag onto my lifejacket and did a dive of faith swum through a hole and pendulumed into the eddy. Chur for the rescue boys!!! 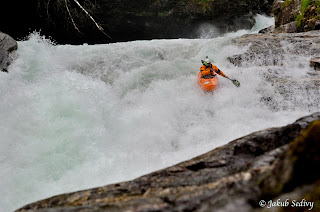 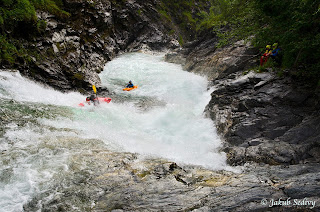 One of the must runs in the upper section 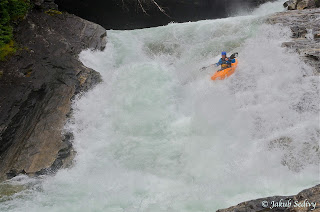 Benji on a drop with an 'interesting' lead in 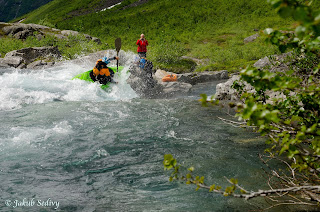 Boof fun on the Valldola 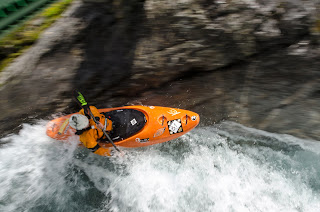 Jakub on the Valldola (Photo by Benji Hjort) 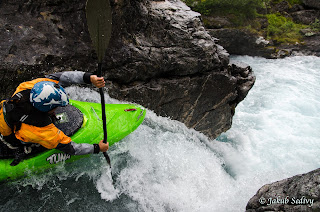 Me on another Valldola boof 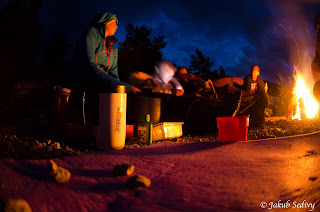 Thanks for the day everyone!