After our varied success on Mae Pan we headed round to the other side of Doi Inthanon National Park to check out the flow on the Mae Klang river. We arrived at dusk to find the river was running at a paddleable flow. The next day Lou was mega sick and Josh's shoulder was unhappy from Mae Pan so Tyler and I put on the Mae Klang river just below the Siritan Waterfall. 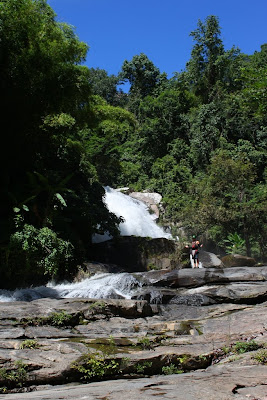 There are some cool rapids in this section as well as a wicked mini gorge death crack where the water all funnels down a steep mini gorge first under one wall then bounces back to go under the other wall then into a recirculating hydraulic. A cool but not so runnable feature. 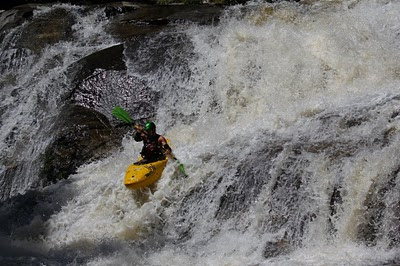 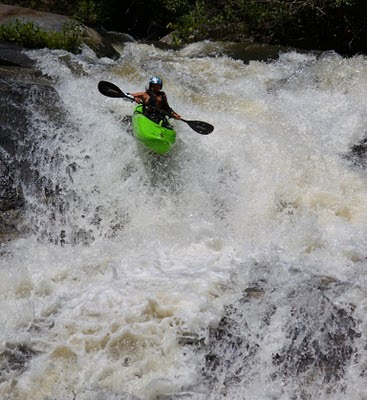 Me on the first slide after Tyler told me he'd seen a snake slithering out of the eddy towards my kayak! (p. Tyler Fox) 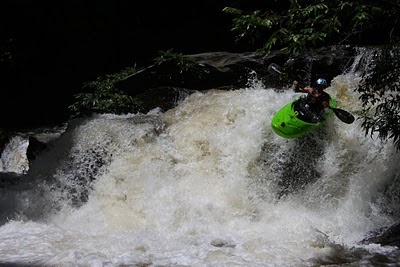 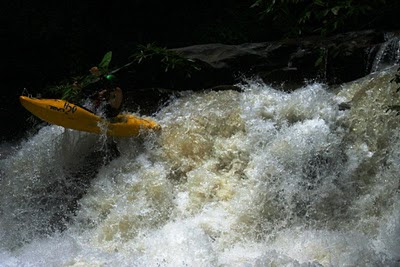 We got out to portage Vachiratharn waterfall and tried to sneak past the park rangers to put in just below the waterfall but apparently green and yellow kayaks and brightly coloured river gear is not so sneaky and we got told 'mai mai mai' (no no no) so we drove a few km down to road away from the guards and put in down there. 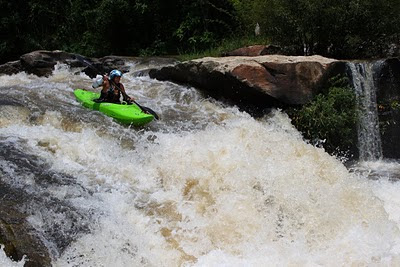 Me on a small slide on the (p. Tyler Fox) 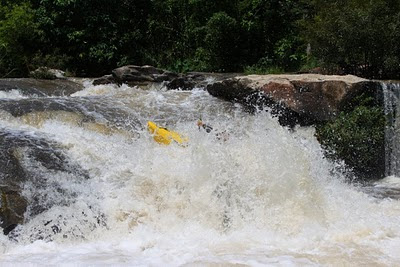 On the lower section we found an awesome fisherman who followed us down the river casting his net, catching fish, and telling us the lines on rapids (he was speaking Thai and using hand gestures but he managed to convey a pretty good idea of the features). 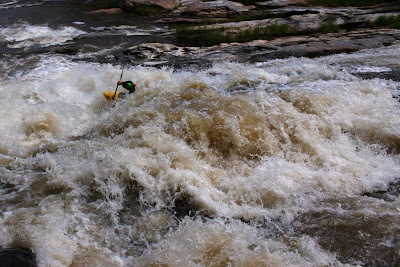 Tyler on the last drop even though the fisherman told us not to paddle it!
Posted by Unknown at 9:09 PM