Since my return to Coloma I've been spending a lot of time pretending like I know how to guide a raft despite falling out multiple times in flat water. Last week I took it to the next level and pretended like I was a good influence, a councillor if you will, for little kids. Interesting where life puts you. Anyway, it was good hanging out with people the same maturity level as myself. 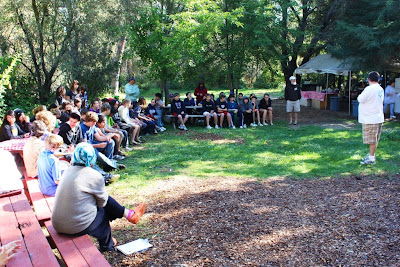 The 11th and 12th graders listening to an intro speech by the boss man.

Luckily for me I was working with the best team ever who probably knew what they were doing, JoshO, Jordie, and Kelsey. I was just busy being stoked on life about the awesome program Chris had organised for the kids and how much I was learning about American Indian culture as well as Californian history and the Geology of the Sierra Nevada's. 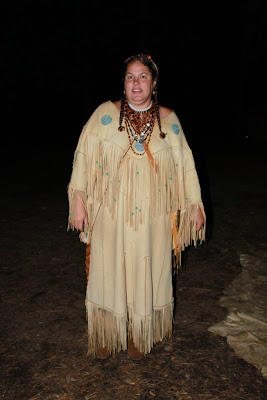 The program kicked off with an awesome breakfast for the kids followed by wet team building which luckily for Jordie and me, Josh and Kelsey weren't keen on joining in on. We left them to cook dinner for the masses while we got to play in the sun. Cheers guys. After dinner we kicked back and listened to Kimberley Shining Star, a descendant of one of the 7 American Indians left in Coloma valley after the gold rush. The American Indian population prior to European appearance was estimated to be around 310,000 but was decimated by starvation, disease and competition with European settlers. Modern Americans could learn a lot from the American Indian culture which seems to focus on community and teaches kids to think for themselves, and follow their talents rather than rote learning and chasing the American dream. 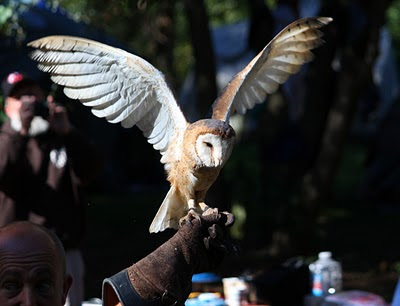 The next on the agenda was a fantastic presentation of a few common Californian animals such as the barn owl, turkey vulture, rattlesnake, beaver, golden eagle, and black bear. All of the animals are in captivity because of accidents which now prevent them from surviving in the field which is sad but maybe life in captivity as a resource for education which may lead to the protection of their species is better than certain death in the wild. 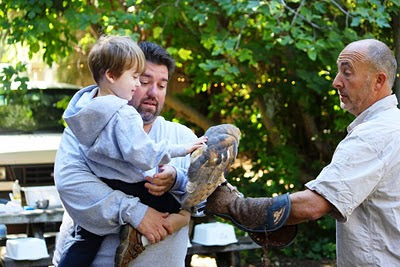 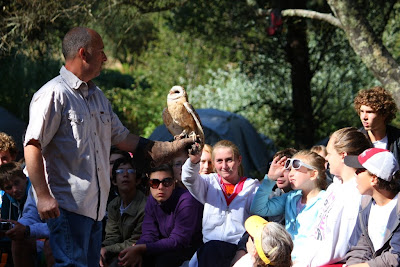 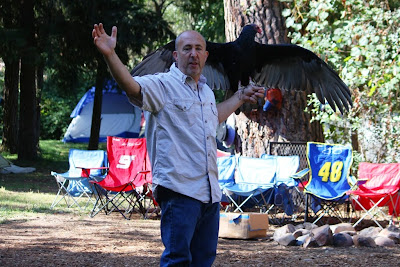 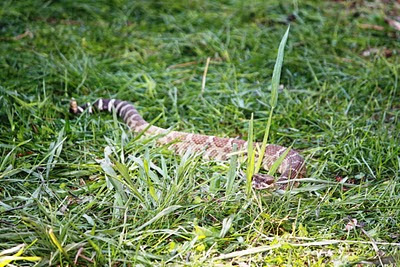 Rattlesnake on the loose! This rattlesnake was in an accident with a lawnmower, luckily the driver of said lawnmower felt terrible and rushed her to the vet. Unfortunately she can't be re-released into the wild as she has lost her ability to strike and hit a target and unable to hunt and catch prey she would starve to death. 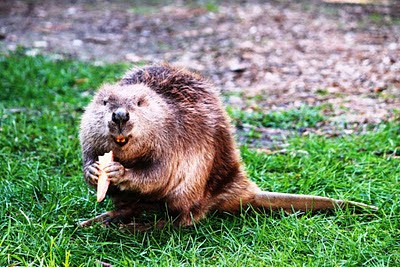 Famous beaver, due to appear on American TV this year 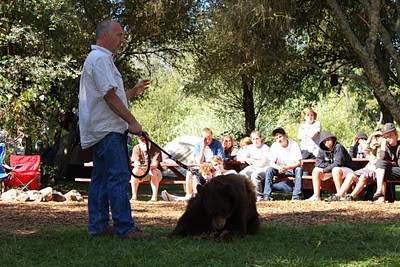 California black bear, this one had been abandoned and was dying on the side of the road before being found and taken to the wildlife centre, she is now too tame to be released. 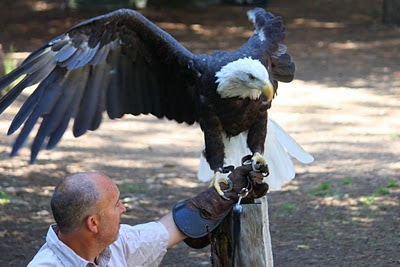 The national bird of the USA, the Bald Eagle. This one took a shotgun hit to the wing so is never going to be able to fly again but will probably live for around 80 years in captivity. 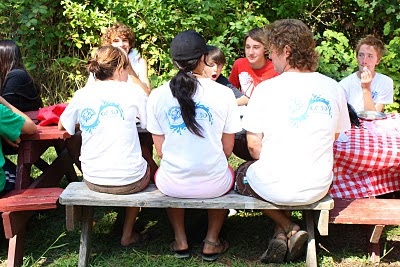 Hanging out with the kids (photo by Jordie) 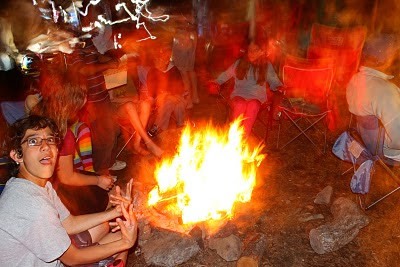 Live music and s'mores round the campfire. I'm not really sold on s'mores but campfires and live music are awesome. 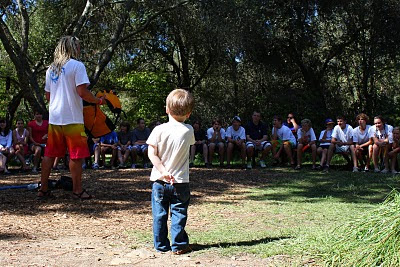 The last two days of the program consisted of rafting the American river with Michael from the American river conservancy. He conducted floating classrooms where the kids (and the raft guides) learned about the social, natural, historical and geological aspects of the river. 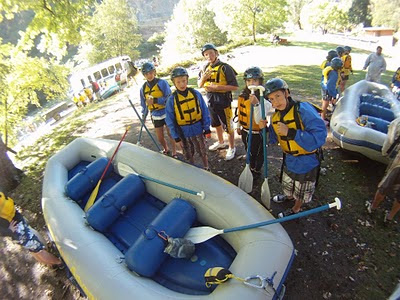 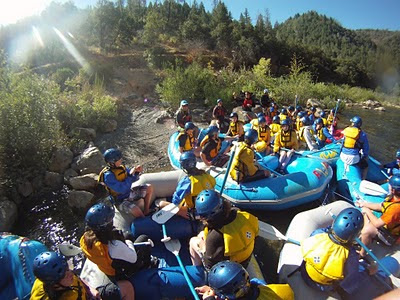 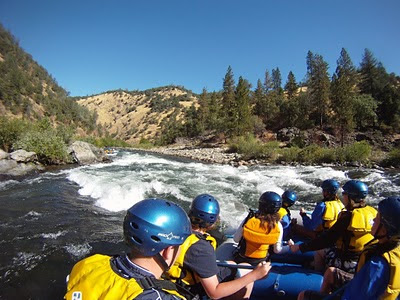 The best kind of classroom.

So big ups to AWA and Nature's Classroom for an educational week. Cheers to Kelsey for endless blond moments, such as interrupting a conversation about how someones Grandad died after being crushed to death by a truck with ..."WOW LOOK!!! They have MANGO lemonade!!! That sounds delicious!" Cheers to Josh for being a fount of random knowledge. Also special thanks to Jordie partner in crime, cause its never any fun getting in trouble alone.