So in between Amot laps on the Sjoa and falling off waterfalls in Sogndal I found these pictures of sunshine and good times and thought I'd share them. Thanks for the photos Tyler, also thanks for giving me season 1 of Game of Thrones. Jakub and I are now completely addicted and its starting to seriously impinge on Jakub's work rate. 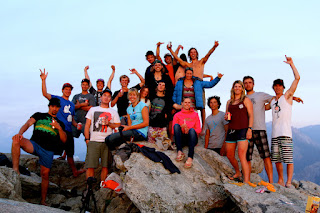 Kaweah Massif, kind of like Okere Massive, but on top of a rock in Sequoia National Park (photo by Josh Neilson)

With a large group of us putting on the East Kaweah we decided to split into two teams. There was team alreadyonthewaterwaitingimpatiently and the people still getting to the river. I was in the former group so away we went. What followed was a very enjoyable day on the river. Due to Sanga's amazing memory for rapids we barely scouted anything and cruised to the confluence then continued to the camp ground at Three Rivers to hang out in the sunshine and wait for the others. 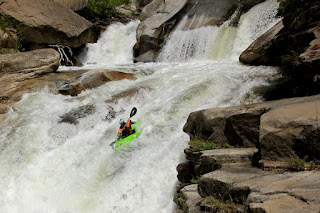 Me on a cool double slide (photo by Tyler Fox) 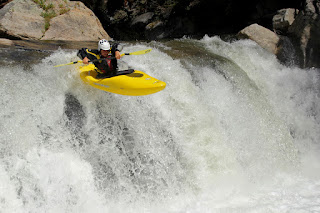 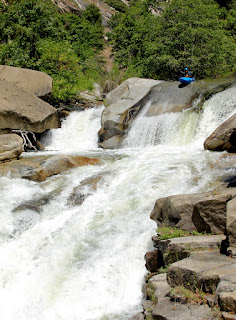 Sanga lining up the first drop (photo by Tyler Fox) 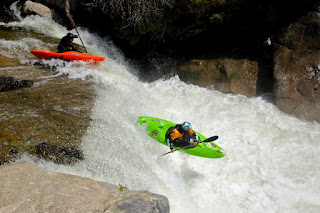 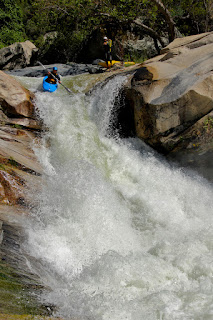 Sanga on a chunky slide (photo by Toni George)

I really like this photo, something about the combination of sunshine, smooth granite and whitewater (photo by Tyler Fox) 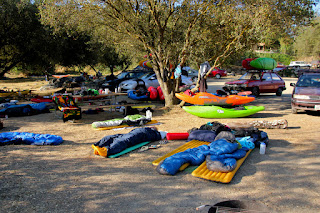 Not much of a story when everything goes right and there are no dramas but thanks heaps everyone who participated. What a great day.