Bald Rock Canyon is the lower section of the Middle Fork of the Feather River. The section begins just after the confluence with the South Branch at Milsap Bar and ends in Lake Oroville. It is "one of the most spectacular canyons in California" according to the Californian guidebook and with Cherry Creek's flow rapidly dropping out we decided to flag that option and get on a new run instead. 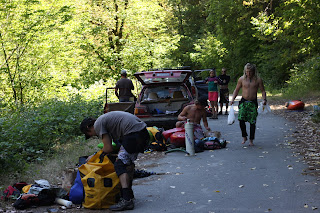 After picking Jordie up from the airport we pretty much dragged him straight to the river. Our crew consisted of Nick and Jordie (rafting) and Chris, Ryan Mac, Christy, Katie, and myself (kayaking). Only Katie had run the river before and that was 6 years ago so we didn't have much beta, we knew that the run had been rafted once before but wasn't recommended, so the scene was set for a great adventure. 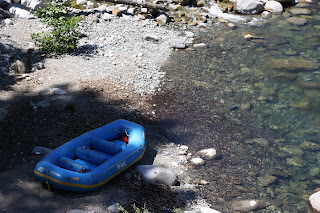 Shot WWC for providing the raft 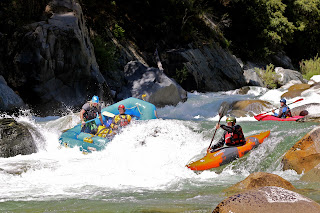 The first day has plenty of sweet stress free rapids, similar to the Devils Canyon section which we had run a few weeks earlier. There was one small portage and one slightly longer portage where all the water goes under a mansion sized boulder then sieves out between various smaller rocks. 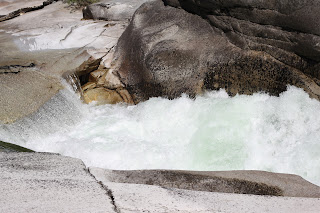 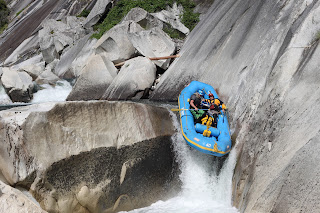 Portage no2, apparently you're supposed to lower your boats down river right then ferry across and continue portaging but we found a more enjoyable option 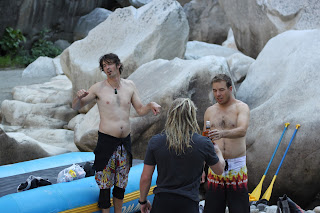 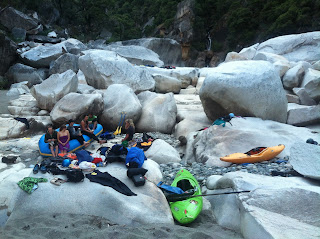 Our campground (photo by Ryan Mac)

We camped halfway though the portage which left us heaps of time to go swimming, jump off rocks, try to climb up waterfalls, and make an awesome fire. 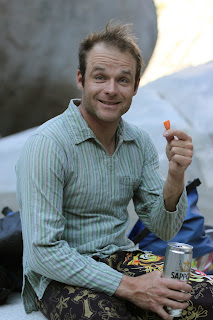 Chris with a balanced diet 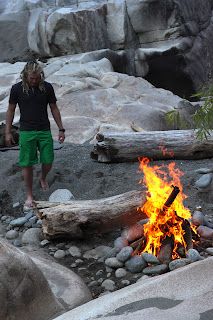 No Jordie, that log is too big for the fire 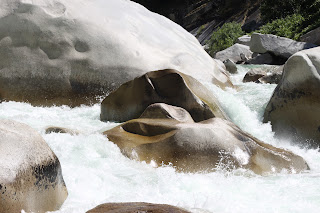 Day 2 the gradient increases and so do the sieves. We had one hairy moment when Christy got pushed into a sieve and just managed to jump out of his boat and scramble up the bank before his entire boat went straight under a pile of rocks and luckily popped out the other side. Unfortunately his paddle disappeared never to be seen again. 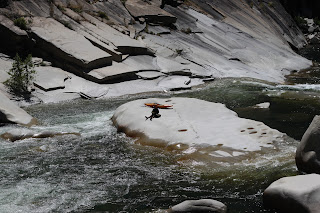 Ryan Mac hanging out in the middle of the river 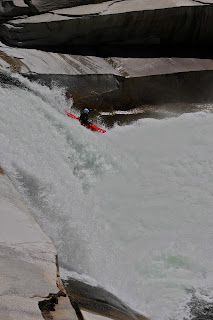 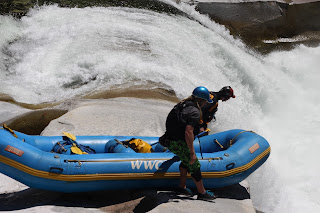 What are these boys up to?

The only other bit of carnage involved the raft. The boys had been styling every single rapid but when they got to the waterfall they decided to portage it. Instead of lowering it down the side of the waterfall they opted to throw it over the edge then jump in and ride it down the wall... Apparently the idea was that the raft would slide down the granite then skim out into the pool. What actually happened was the nose of the raft stuck to the granite, the raft then folded, unfolded, catapulted Jordie onto the granite and Nick straight onto Jordie (at least Nick got a softer landing) then the raft flipped on top of them and started getting sucked back into the waterfall. Jordie still came up saying "that was AWESOME", so much for portaging being the easier option. 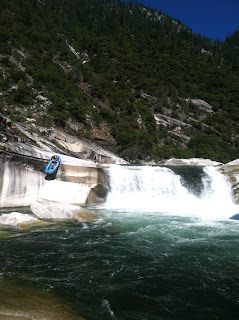 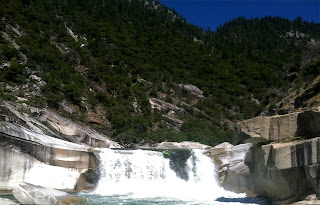 me taking the more conventional line (photo by Ryan Mac) 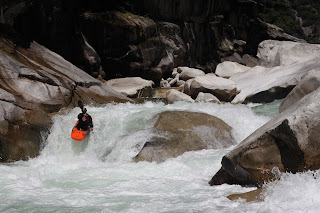 Chris with a styley boof 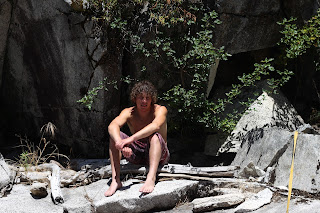 Christy huddling under the poison oak for shade

Bald Rock Canyon is an awesome run, I think the only thing that might deter people from paddling it is the 13 mile flat paddle out over lake Oroville. A much better option is to get in touch with Gerard. He dropped us off at the put in, drove our cars to the boat ramp, and picked us up at the end of the river on his party barge with cold beers and margaritas. What a great way to end a sick run! 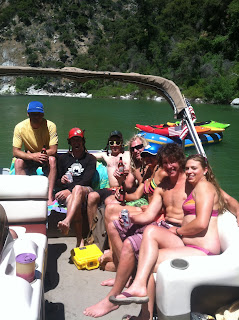 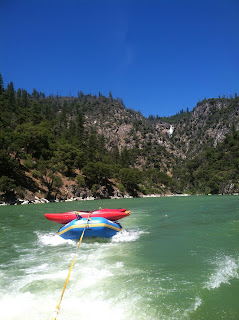 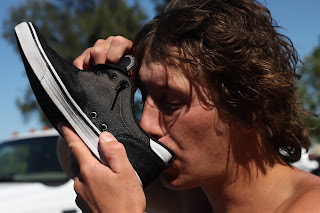