Last week in the USA

Our last week in the United States of America we had run out of water to paddle on so we decided to try out a few other activities. We went skydiving and it was SICK!!!! We spent a day wrecking havoc at a water park. We visited some granite waterfalls that you can slide down. We went to Reno River Festival. We broke some laws in Yosemite national park and we destroyed a large amount of paddling gear. Heres some photos. 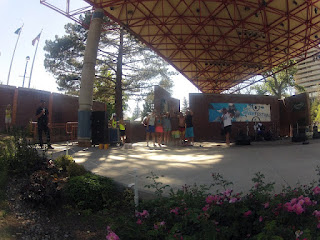 Reno river festival me an Jordie won the SUP X races even though neither of us had been on a SUP on a river before!!! 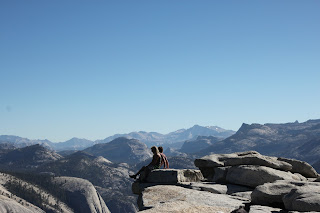 Jordie and Christy checking out the view 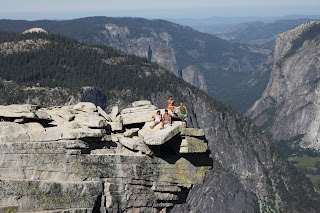 Team shot on top of half dome

When we arrived at Yosemite National Park and enquired about permits to climb half dome we were told we definitely weren't allowed to camp anywhere in the park and we definitely wouldn't be able to summit half dome as permits have to be pre booked in March. We decided to take this as a challenge and hatched a cunning plan to camp out on a rock (safe from mountain lions) then get up at 3.30am and attempt to beat the ranger up half dome thus mitigating the need for permits. 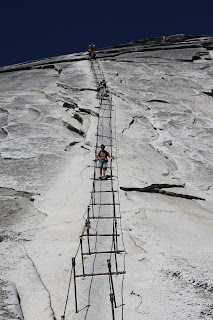 Christy stoked to be going downhill 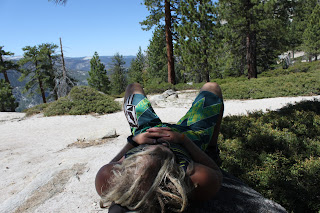 We successfully beat the ranger up the hill and had a mean time on top of the dome admiring the view. Unfortunately while we were up there the ranger appeared and started checking people's permits. Jordie had managed to sweet talk a bunch of girls we met up there to give us one of their permits so we sent Lulu down first to scout out the situation while we hid behind a tree. The plan was that she would walk down past the ranger and if he checked her permit she would signal us no go and we would sneak around the ranger. When she reached the ranger she signaled not good so we decided to sneak around the ranger one by one. Its pretty hard to be sneaky when you're alternating between climbing down granite cliff and smashing your way through manzanita but the ranger either didn't see us or gave us points for effort and didn't chase us. 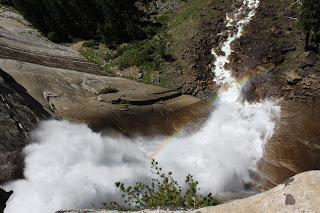 Mean waterfall half way to half dome 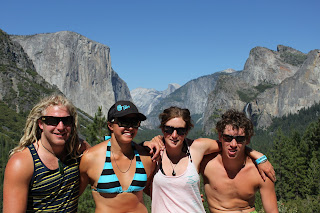 Team shot with half dome in the background 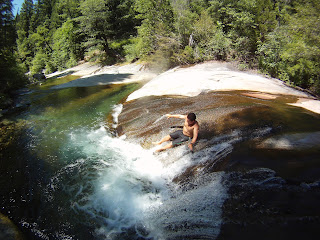 Carapicho on the awesome slides 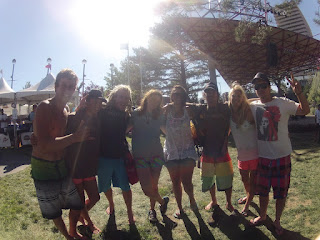 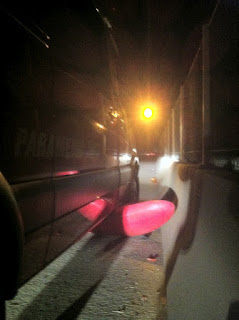 Then on the way to the airport the roofracks fell off the car in the middle of the motorway resulting in two completely destroyed boats and a number of smashed paddles. Not sure how we are going to race in Norway with no boats and no paddles but fingers crossed for everything working out. It usually does. Main thing: no one got hurt!!!! 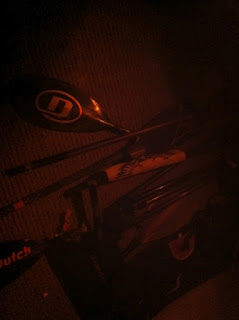 the prognosis for these paddles... Not good 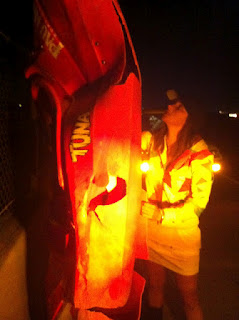 Lulu checking out the damage