Steamboat Springs is a small mountain town located in Colorado, USA. Every year this town hosts the Yampa River Festival an awesome grass roots kayak festival which encourages people to get out there and appreciate the Yampa river. Following recommendations from Mr Brendan Bayly, Shilo, Martina, Lulu and I decided to head over to Colorado to check out the event. 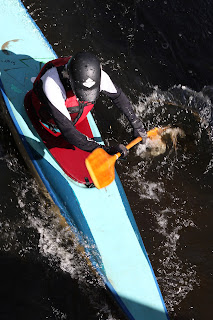 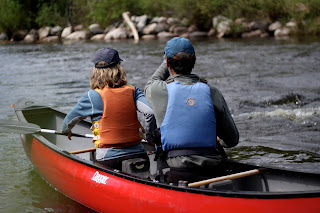 The first event was a no rules mass start race down the Yampa river starting about 5 miles upstream of Steamboat Springs and finishing in town. The spectrum of river craft at the start line was pretty spectacular with downriver boats, sup boards, plastic kayaks, slalom boats, open canoes, and even a guy in kayak skis (imagine two mini K1 boats one for each foot and a kayak paddle). I was pretty impressed he made it to the finish line without falling into the freezing cold river but his motives became clear when he awarded himself a 1st place in the kayak ski category. 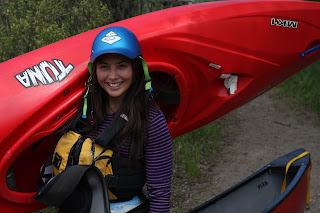 Shilo giving the slalom a go in a Tuna

The next event was a 10 gate slalom course which was heaps of fun! There was a plastic boat class, a slalom boat class and a K2 class. Martina did awesome in the plastic boat race beating everyone including all the boys. Lulu ripped up in the slalom boat race coming 2nd overall, I apparently finished in 3rd overall with Martina a couple of split seconds behind but I'd be happy to call it a tie. 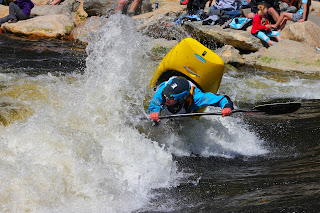 Martina ripping it up in the hole (photo by Shilo Gibson) 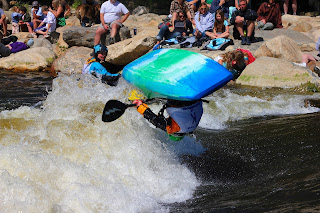 Courtney throwing down a massive loop and taking out 1st place in the playboating. (photo by Shilo Gibson)


There were a couple of other fun events scheduled - a raft race, a sup race, and some playboating but we missed these due to an eventful nosebleed which lasted at least an hour an eventually had to be solved by some tampons being used in a rather unorthodox manner... 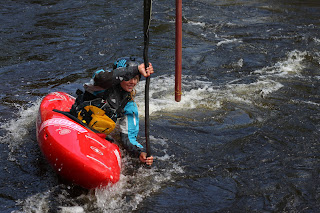 Martina looking styly in the slalom 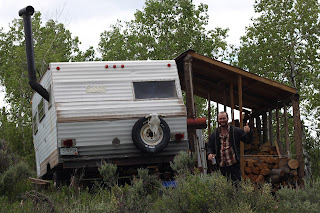 Jeff, one of the friendly locals posing in front of his caravan

Definitely the best part of this event was the locals. When we first arrived in Steamboat Springs we rocked up to the kayak shop to find out about registration and were immediately invited to a BBQ for all the competitors including free beer and some lovely looking fudge brownies for those who were keen... Following the free beer and BBQ we were standing in a parking lot discussing the most subtle place to pitch our tent for the night when our soon to be favourite people Jess and Sam invited us to camp on their lawn, they then stepped it up a notch by not only letting us crash on their couches all weekend but also taking us out to town for Shilo's 21st, we saw a real live camel, listened to some awesome bluegrass, danced with cowboys, and saw some disturbing stuffed animals. We also had a fun evening hanging out with them shooting guns off the back porch. 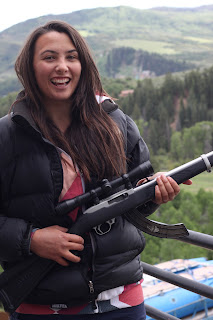 Shilo with a gun... A worrying thought. 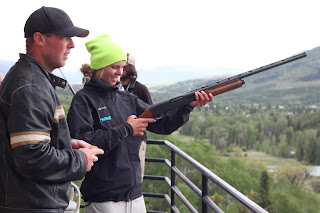 Martina giving it a shot... (photo by Shilo Gibson) 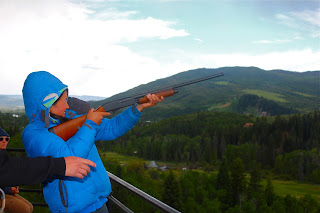 On our last day in Steamboat they held the Paddling Life Pro, the event combines playboating scores and a creeking race down the boniest creek I've ever paddled. The playboating competition was taken out by Courtney, followed by Martina then Lulu and in the creeking race Martina won followed by Lulu who beat me by a few split seconds then Courtney in 4th place. Overall placings was 1st Martina Wegman, 2nd Courtney Kerin, 3rd Louise Jull and in the Mens 1st Dane Jackson 2nd Nick Troutman 3rd Mike Dawson 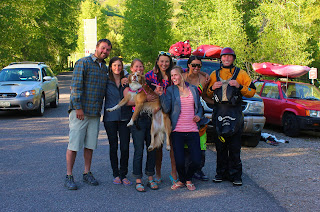 Our crew with our favourite people in Steamboat!!! Dave, Jess, Timber (the dog) and Sam 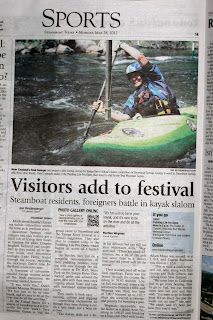 Lastly and most importantly, 'The Bakery' in Steamboat has awesome food and amazingly friendly staff if you ever go to Steamboat this place is definitely worth a visit. It is on the main street towards the West end of town, on your left if you're coming in from Denver direction. These guys would make us food if we showed up a minute before closing time, let us use their internet and power, and didn't ever try kick us out if we were making Skype calls to New Zealand when they were trying to shut up shop for the day. Cheers 'The Bakery' staff, you are awesome!!!
Posted by Unknown at 1:19 PM