The Teva Mountain Games is an annual extreme sports festival hosted by the city of Vail, Colorado. Events include steep creek kayaking, slope style mountain biking, sup boarding, bouldering, slacklining, and is interestingly combined with a dog big air competition. Each year a bunch of kiwis head over and generally dominate both the podiums and the party scene... 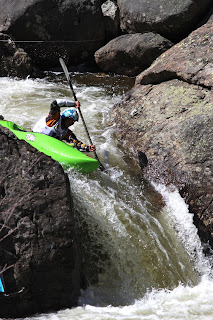 This year due to record low snow packs the river was looking pretty manky but we headed on up for a couple of practice runs. The practice runs were pretty eventful with plenty of pins, pitons, and a couple of swims. 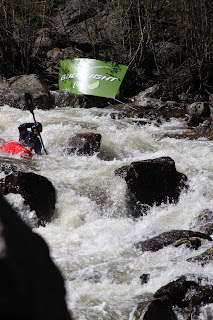 Martina ripping it up (photo by Christy Hammond) 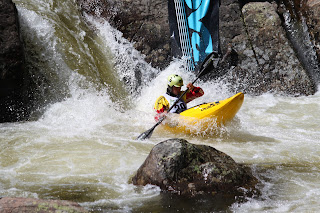 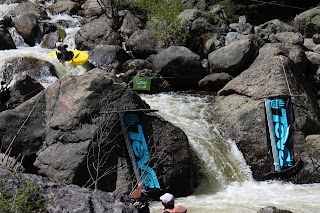 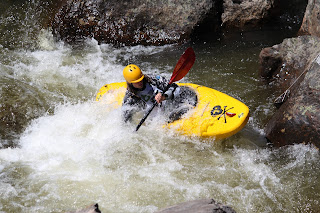 Isaac showed up on the morning of the race and after only one practice lap managed to memorise the lines and make it look pretty good, he just missed making it through to the next round by two places. (photo by Christy Hammond) 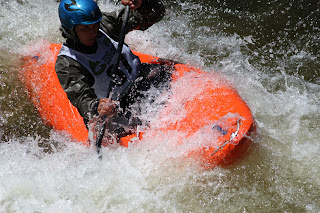 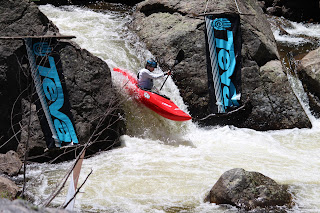 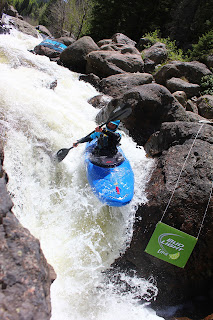 Lou Urwin on the last drop (photo by Shilo Gibson) 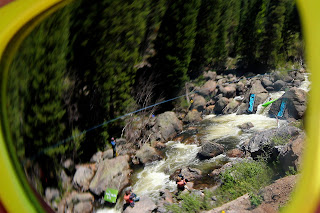 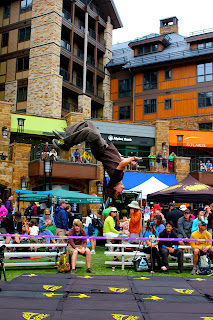 Backflip on a slackline, yeyah (photo by Shilo Gibson)

This year was the first time they had a slacklining competition at Teva and it was awesome to see the tricks people can do on them. Back flips, spins, front flips, it looked like heaps of fun and super styley. 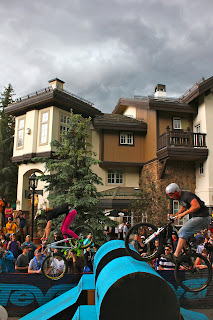 On the last day of the games we had the kayak 8 ball race which is pretty much boater X in groups of four with the top two from each round progressing through to the next round. The best part about the race though is the '8 ballers', throughout the racecourse hiding in eddies are people whose sole purpose is to take out the people kayaking, no rules, no holds barred, they want to see you swim... 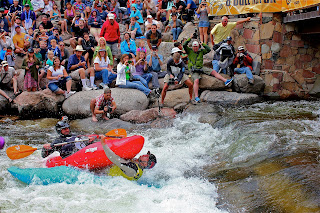 ... and they won't hesitate to try take your head off either (photo by Shilo Gibson) 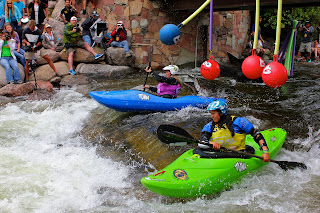 In between the 8 ball preliminaries and finals was the rafter X. In small two man rafts you had to race down a section on gore creek head to head against another team and go round slalom gates. The winning team progressed to the next round and the losing team got knocked out. Christy and I made it through to the final but unfortunately missed a gate so came in 3rd. 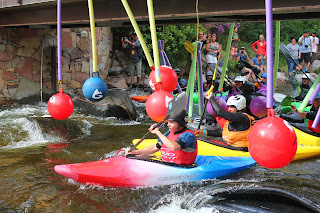 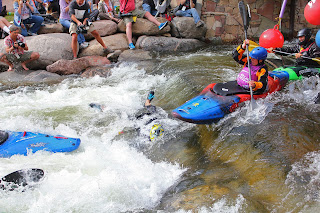 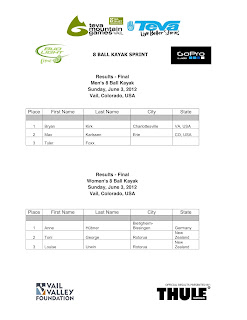 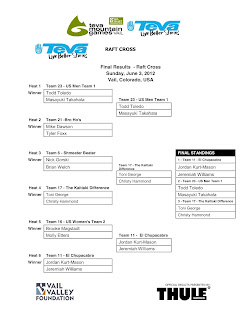 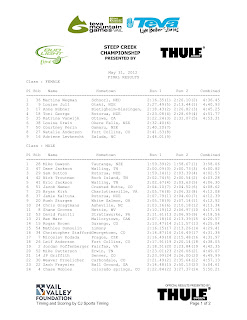 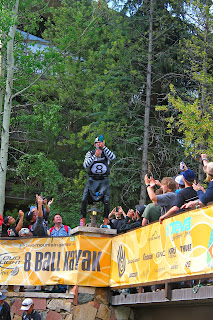 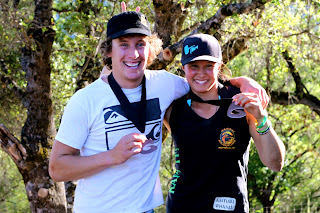 In 3rd place 'The Kaitiaki Difference' (photo by Jordie Dorfliger)