Dinkey Creek has to be the best trip of the season thus far. We had perfect flow, perfect crew, and the white water is mind blowing in so many different ways. We made the drive down from Coloma and found a random road to sleep on the side of not far from the put in... and then took the long way through the confusing forestry roads luckily popping out at a sign only a few miles from the put in. The next mission was to find the track down to the river was made super easy because of the 3 other crews there at the same time as us. After the one and a half hour slog to the river, we washed off the poison oak, and put on with the first rapid being a 40 ft slide to get things started and it didn't ease from there to the camp. It was just awesome drop followed by choice slide for the whole day!
Here are some pictures to try and show what an amazing place this gorge is! 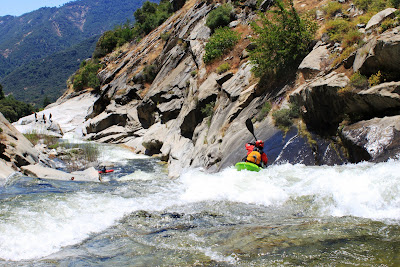 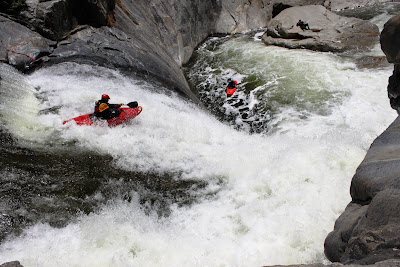 Jamie on a nice drop straight after Willies (p. Jared) 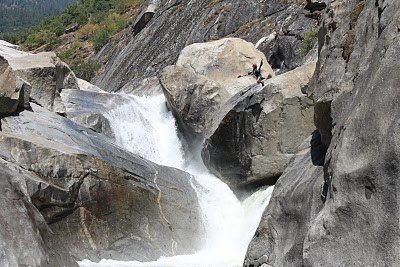 Jared having some fun on the portage. We had heard sketchy things about this one because I think that people usually get lowered down onto some rock and then seal launch in but we just hucked our boasts off then followed them with a wicked plunge. 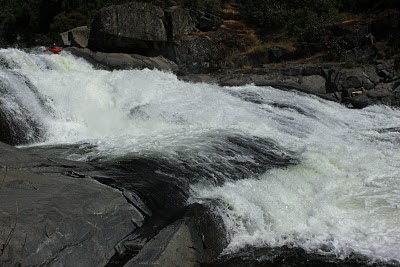 I shall call this one the glory slide! Toni sliding to Glory and putting a fat crack in her boat. (p. Jared) 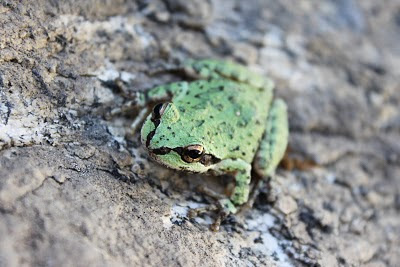 Fred the frog at camp 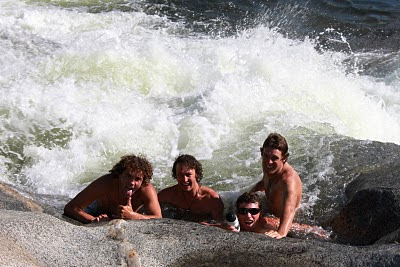 Man love! Gotta love it. If there was a competition as to who was having the most fun at camp out of the 26 people jammed into the area we definitely creamed it. Playing in pot holes, sliding down rapids on our bums, chasing rattle snakes, hell yea! 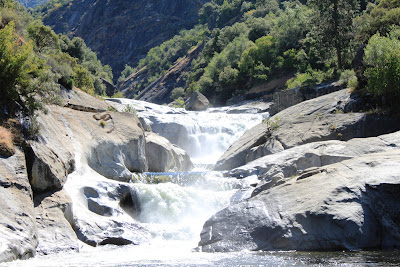 The rapid just before camp. Everyone had mixed results on this one, Jamie and Sam had a surf, Bradley made it look easy once again, another dude broke his boat, and some people didn't even try it... lame! 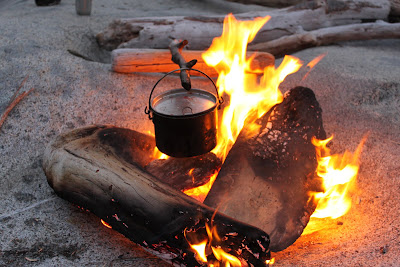 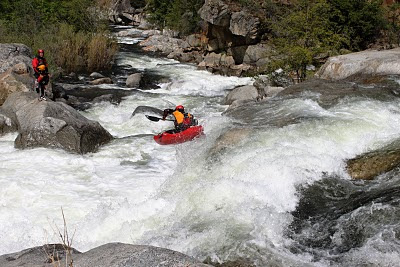 Jamie probing the line and flying like there's no tomorrow! 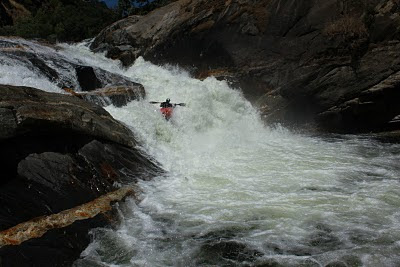 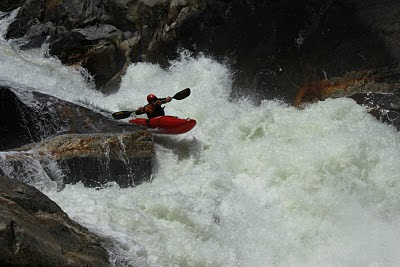 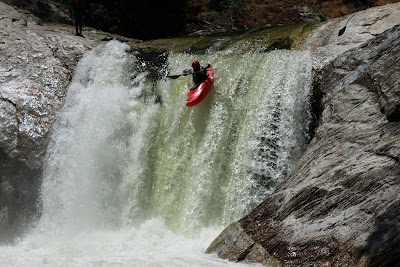 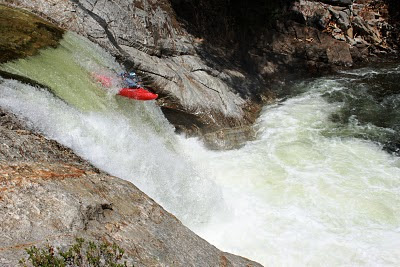 And that pretty much sums it up. If you like big, Dinkey has it for you!
Posted by Unknown at 9:33 AM