When normal people run West Cherry they do a 45 minute walk in to camp 1, stay the night, then paddle out the next day. Our crew must enjoy prolonged agony and dehydration as we chose to do a 3 hour hike into upper West Cherry up to Graceland slide. It was all worth it just to watch Evan, Brad and Brendan style the most colossal slide I've ever seen. After a few sick rapids and a long portage around a gorge we arrived at camp, ate massive amounts of food which Josh and Rach had hiked in for us, and crashed out. Day 2 kicks off with a super fun super long slide and just gets better. There were some good lines, some awesome lines, one spectacularly bad line (me), a beatdown in a near inescapable hole followed by some target practice (Jared due to a bootie debt) and so many cool rapids that Evan is the only one who would possibly remember them all. Epic run. 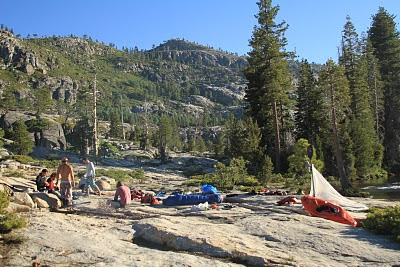 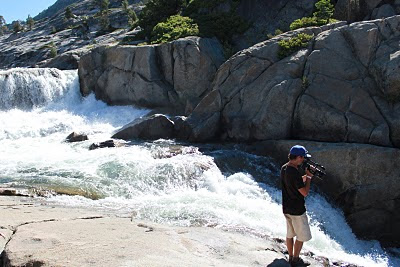 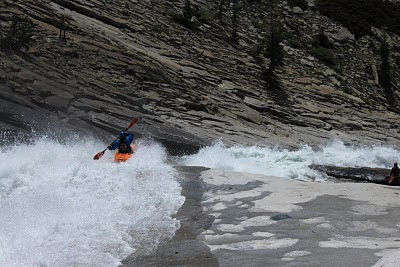 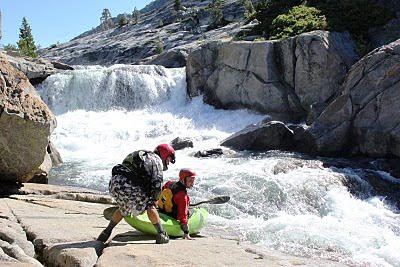 Jared launching Sanga into a waterfall 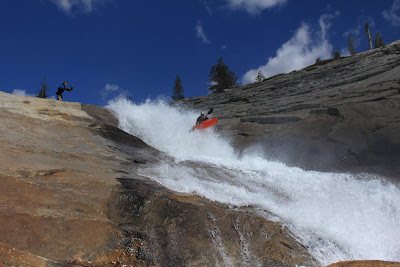 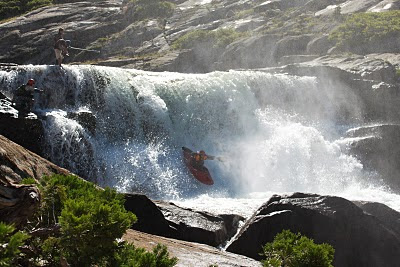 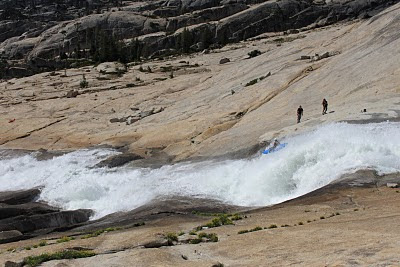 Brendan on the Gracelands - line of the day 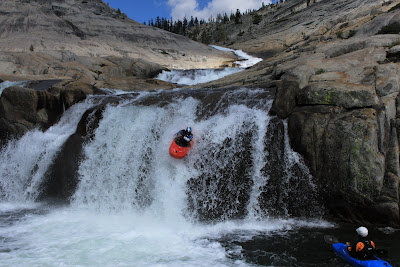 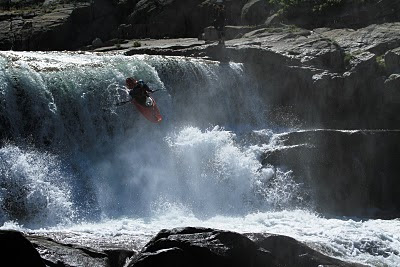 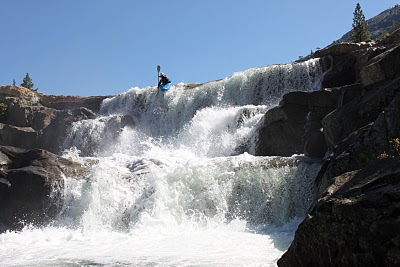 Brendan on the double drop 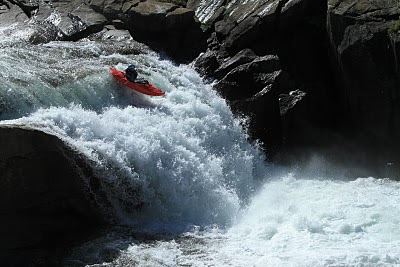 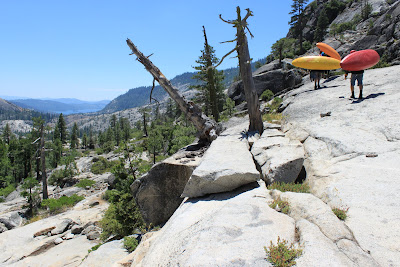 Portaging is easy when you're high on painkillers and carboshots 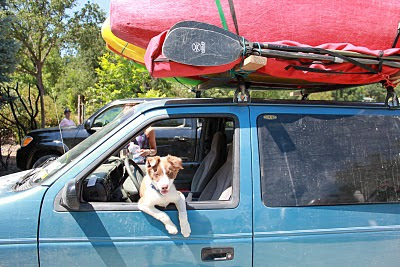 Our mascot was stoked we made it back
Posted by Unknown at 8:33 AM